We watch movies for one reason, to immerse ourselves in a story and get a break for a couple hours. We play table top war games for much the same reason, to get take a break from reality and let our imagination take over for a bit. Table top war games are designed to provide one of two different things, realism or escapism. Realism necessarily provides a complex and thorough rule set that provides a structure for imposing a sense of realistic outcomes in a random game setting. Escapism attempts to provide a break from reality by immersing the player into an alternative reality, complete with a compelling background, where they can do battle. These two concepts don’t necessarily need to be mutually exclusive, but normally game designers will drift towards one or the other.

More after the jump >>>
Chronicled by Tallarn at 5:53 AM No comments:

The Necrons first appeared as usable units for Warhammer 40,000 as Necron Raiders. The rules for these were first published in White Dwarf Issue 216 towards the end of the lifespan of the second edition of Warhammer 40,000. At the time, only Necron Warriors and Scarabs were given game rules and the warriors were armed with Gauss-Flayer Guns. White Dwarf quickly followed up with an expanded army list in the following month's issue, number 217. The Necron Lord and Necron Destroyer were part of this slightly-expanded army list. At the time, the lord was armed with the Staff of Light while the destroyers were armed with Gauss-Cannons. This issue of White Dwarf also had the Necrons' first major appearance in a battle report in the article entitled Massacre at Sanctuary 101, a battle between the Necrons and the Sisters of Battle. This particular altercation soon made its way into the background material as one of the first times the Imperium officially encountered the Necrons. The first Necron miniatures, all metal, were also released during this time. In fact, a free Necron Warrior was included with issue 217 of White Dwarf.

The Astronomican is a Warhammer Community that I purchased a few months ago after years of being everything from a member to an administrator. The former owner also runs a Wargaming store and the forums unfortunately took a back seat to his real world job that pays his real world bills (funny how that works). First and foremost the Astronomican is a Wargaming Community, with around 50 'active members' it is a very close knit community that lacks some of the 'anonymity' that comes on larger forums, generally everyone knows everyone.

More after the jump >>>
Chronicled by Tallarn at 6:25 AM No comments:

While everyone is busy enjoying Thanksgiving with their families, down at the local diner with other family challenged friends or over cold pizza in their windowless 'treatment center' - remember your furry friends. Cause nobody wants to spend the evening at the vet after one of those gribbly little crumb crushers feeds Fido a Turkey bone.

Chronicled by Tallarn at 6:07 AM No comments:

Momentum can be defined as "mass in motion." All objects have mass; so if an object is moving, then it has momentum - it has its mass in motion. The amount of momentum that an object has is dependent upon two variables: how much stuff is moving and how fast the stuff is moving. Momentum depends upon the variables mass and velocity. In terms of an equation, the momentum of an object is equal to the mass of the object times the velocity of the object.

Orbital Drop Pods are specialized atmospheric reentry craft that can be used to deploy Space Marines in a Space Marine army. A Drop Pod has the appearance of a huge, metallic, five-petaled flower bud when it opens upon landing. The interior is a transport chamber for the pod's passengers. In the background, Drop Pods are launched directly from ships in orbit around a planet. They crash down through the planet's atmosphere, at the last moment slowing down via thrusters located on the bottom of the pod. They reflect the nature of the Space Marines as an elite rapid-deployment force, giving them the capacity to reach the battlefield, from their warships in space, within a matter of seconds. Upon landing, the pod's "petals", which are actually doors, open up to disembark its passengers. Many Drop Pod miniatures for use with both the Warhammer 40,000 and Epic 40,000 tabletop games have been released by Forge World, although the original model was an early Epic release. In October 2008 Games Workshop released a Space Marine Drop Pod boxed set in the form of a well detailed plastic kit.

In the latest round of Planetary Empires I got in three games; one against the Eldar, another game against Tau and a final game against Eldar again - but a different player. Mars, the guy who organized the campaign, allowed players to switch armies after the 4th round if they wanted to try something different. Mars chose to switch from Dark Angels to Eldar, which is why I played two against Eldar this turn.

The Immolator is a specialized assault/transport vehicle used by the Sisters of Battle in the Warhammer 40,000 tabletop game. It is used to carry small squads of sisters into the thick of battle.

Better than honor and glory, and History's iron pen,
was the thought of duty done and the love of his fellow-men. 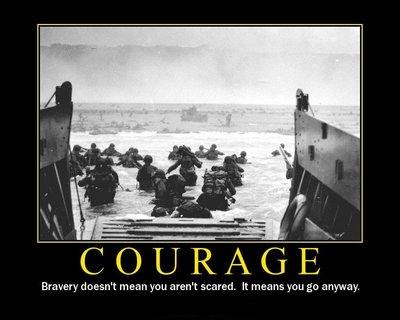 For everyone who has served, in peace or at war, thank you for your service and Happy Veterans Day.


Chronicled by Tallarn at 6:56 AM No comments:

I finished up this Vanquisher awhile ago, all that is left to do is a new tank commander for it, but thanks to the magnets I installed - that will be easy. Also, im trying to decide on how to do the tank commander in the first place, I have a feeling there will be a metal Desert Raider chopped in half - but that will be for another time! The side is fairly simple, just a bag on top of the sponson and the drag chain bent slightly to rest under the sponson. I cut off the co-ax heavy stubber from the kit and put in a standard heavy stubber next to the vanquisher barrel, this removed the Death Korps feel of the turret. Also, this gives the shot of that extra armor on the side:

While at my local gaming store the other night the owner asked if I was serious about the French fleet idea I had been spouting awhile ago. Of course I replied that I’m always super serious and of course I will be building a French fleet who whoop his Prussians with. With a smile on his face he pulled out one of the Gen-con only Magenta Class Battleships for the Republique of France fleet. Thus did I plop down 27.99 for the ship and happily brought her back to her new home in my basement…

I quickly opened her up last night and laid out the components with a GW Inquisitior for scale:

Gaming: Timing is Everything

The other day while discussing 40k tactics with some friends the subject of timing came up. Timing of assaults, timing of turns and timing of games in a tournament setting are all critical to success or failure - yet we never discuss them. Sure we talk about math hammer, we discuss point cost efficiencies, evaluate movement distances, whether to reserve or deep strike and we even talk about how to game wound allocation, all while totally skipping perhaps one of the most difficult to master and critical parts of the game. Timing.